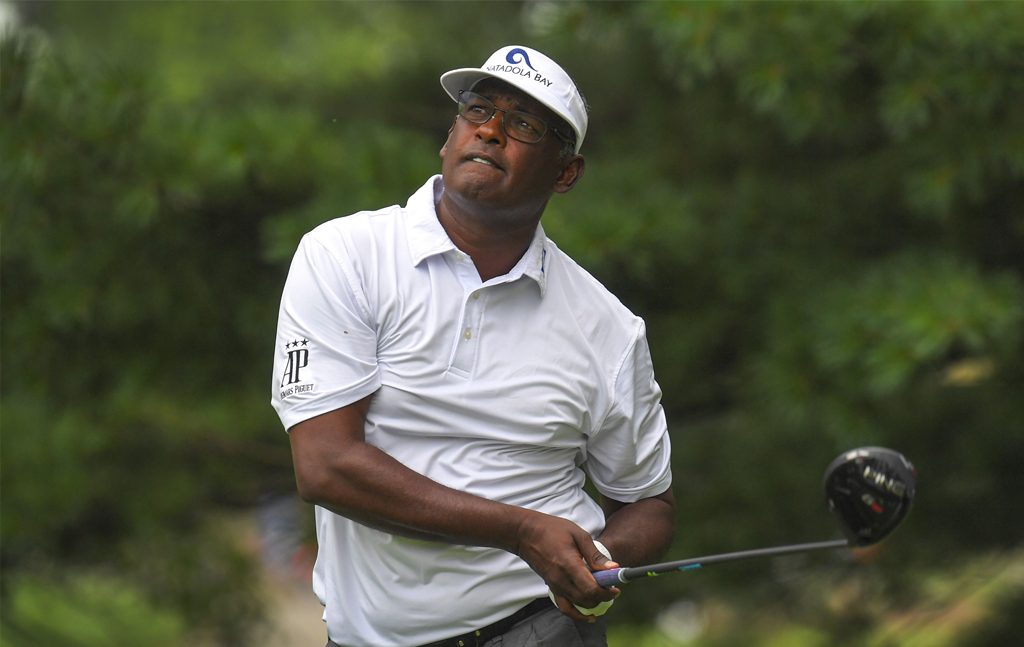 Vijay Singh was born in Lautoka, Fiji on February 22, 1963. The professional golfer, also known as the “Big Fijian” is considered one of the most successful golfers to have graced the golfing scene in the last two decades. He made a debut as a professional golfer in 1984 and secured victory in the 1984 Malaysian Championship. Vijay’s reputation as one of the hardest working pros is demonstrated by his attention to specific details and his work ethic.

The player has 64 professional wins in his career with 34 of them being PGA wins. His participation in the 2019 Honda Classic shows that he has more in his tank. He used the Bloodline R1-J Putter and a TaylorMade Aero Burner to win the Charles Schwab Championship in 2018. Keep reading to find more about Vijay Singh WITB, his choice of irons and other equipment, and how people remember his impact in the game over the years.

Vijay Singh changes his Fairway Woods depending on the conditions on the golf course he is playing. Golfwrx documented his use of Mizuno Irons at the Honda Classic and the distinct shape his irons had when compared to other Mizuno equipment that was present at the tournament.

A look at Vijay Sing WITB through a photo by getty images reveals the following set of equipment in his bag:

He won his third championship, a Charles Schwab Cup Championship with a TPT golf 3 wood shaft and a set of irons including a 3-wood TaylorMade SIM and a 5-wood, TaylorMade M2 . The 2006 world hall of fame inductee has a very strong work ethic that is undeniably a reflection of his robust game at the golf course.

His workouts have been tailored to meet his advancing age and the rigors that the game has on older contestants. The Fijian’s consistent workout and his quest to better his game still see him competing at the PGA Tours and other tournaments. 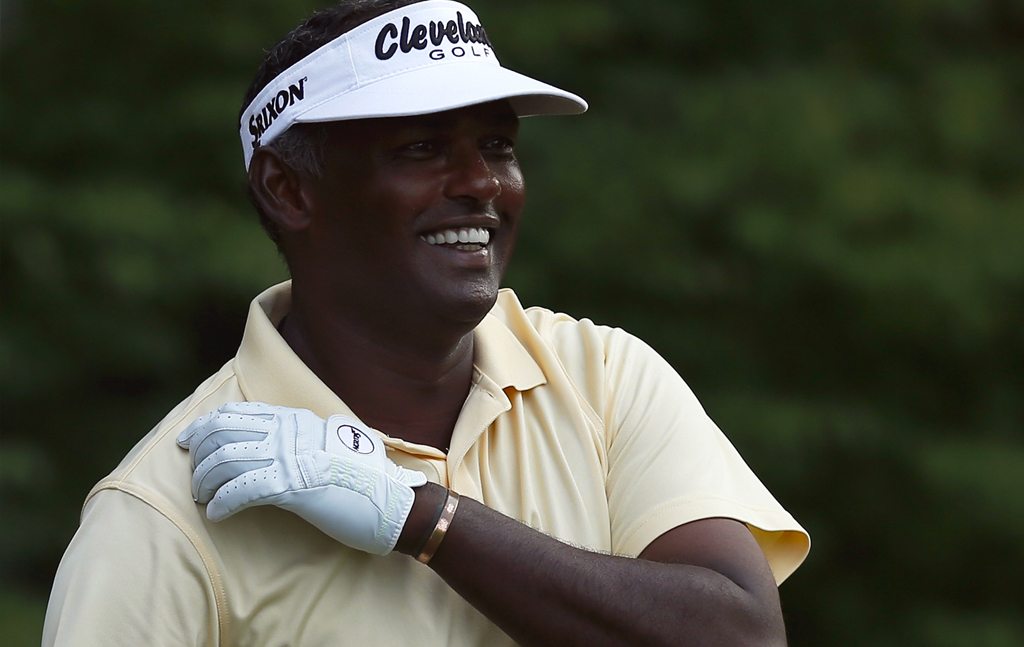 What is the Putter Scotty Cameron?

The Scotty Cameron putter is a choice putter for many pros. It belongs to one of the finest milled putters loved for their performance. Vijay Singh’s choice of the putter, Scotty Cameron comes as no surprise to many. Leading golfers like Tiger Woods, Rory Mcilroy, have all used Scotty Cameron Newport clubs.

The Scotty Cameron has been touted to deliver amazing output on all kinds of strokes and the club has a remarkable design and pitching wedge that impacts the flight of golf balls. The Newport 2 Putter is Scotty Cameron’s most popular putter and many pros have adopted its use in their game.

What Fairway Woods Does Vijay Singh Use?

Vijay uses a Cleveland Titanium Launcher Fairway Wood with Mitsubishi Rayon Shafts and a Callaway Steelhead. He used a 3 Wood and driver, Cleveland QuadPro at the 2000 WGC-NEC Invitational at Firestone Country Club.

Does Vijay Singh Have any PGA Tour Wins?

He has a record 34 PGA wins including a Honda Classic in the year 1999 which he won with a two-stroke margin victory. He has participated in other tournaments and may be keen to play in the 2021 Kenya Savannah Classic. He once held the world no. 1 spot in 2004 and 2005 and hasn’t held it again since then.

Vijay’s last PGA Tour championship win was in the year 2018 in the Charles Schwab Championship with four strokes against his closest contender, Tim Petrovic. He concluded the season on a very strong note with two other victories on the Toshiba Classic and Constellation Senior Players Championship.

Vijay uses a variety of Fairway Woods in his bag. He has a 3-wood TaylorMade SIM Max Fairway 15° and another wood, TaylorMade M2 which is an older Fairway Wood version. He is known for his prolific swing and the fact that he practices routinely to better his game. Vijay has produced one of the slowest and lengthiest backswings on the PGA scene.

What is Vijay Singh’s Favorite Driver?

Vijay seems to vary his drivers from time to time. A case in point was in the 2018 season. His choice driver, TaylorMade M2 was his preferred driver but in 2019 and 2020, he reverted to a Callaway Epic Flash driver. He has a very engaging bag and maybe seen changing his driver once in a while. He also uses a Titleist TSi3 Driver with a Project X EvenFlow Riptide 6.5 TX Shaft.

Vijay’s WITB 2018 involved some try outs with new Fairway Woods. He played well in the 2018 season and bagged three tournament wins that year.

The kind of equipment found in Vijay’s bag at the Arnold Palmer tournament includes the following:

What Current Contracts and Sponsorship Deal Does Vijay Singh Have?

Vijay Singh currently is sponsored by Audemars Piguet, the oldest manufacturer of Haute Horlogerie luxury watches. His other sponsorship deal is with Carnoustie Sportswear, a leading manufacturer of an exceptional brand of sportswear including golf apparel, shoes, and other accessories.

His previous sponsorship deal was with Stanford Financial which ha had more than a decade ago. Apart from the two sponsors, Audemars Piguet and Carnoustie Sportswear, Vijay hasn’t announced any new deals on his website, Facebook page, or Twitter handle. He still stands as one of the highly acclaimed contestants to play the sport.