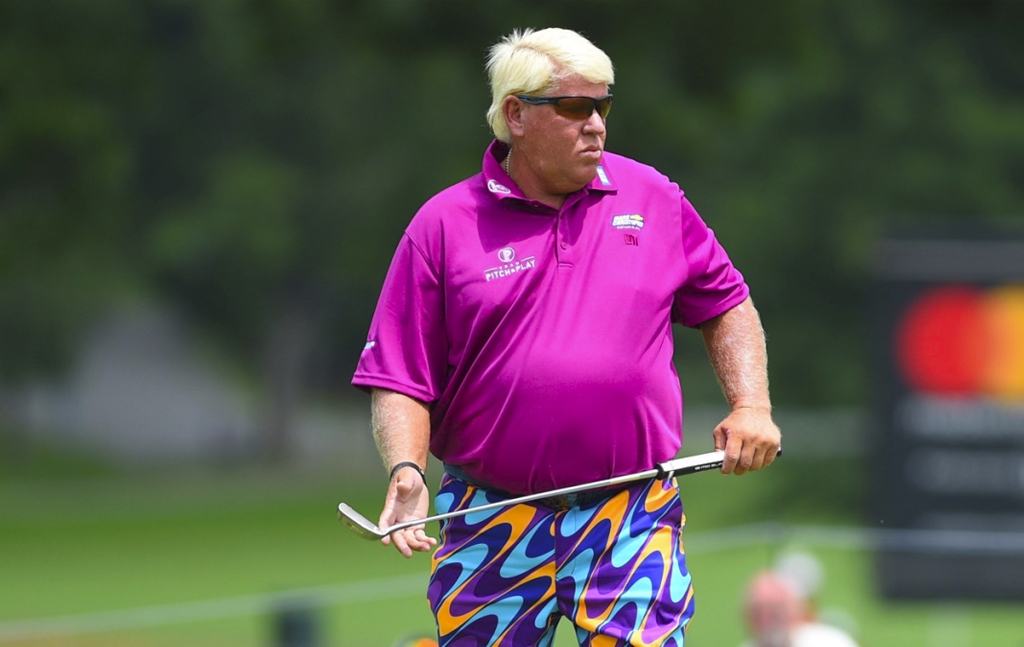 John Daly, whose full name is John Patrick Daly is a pro golfer based in America. He was born on April 28th, 1966 in Charmichael, California. John Daly plays on the PGA Tour. He turned professional in 1987 after leaving the University of Arkansas where he had gone on a golf scholarship. John Daly drives up to 300 yards on the golf circuit and is ranked fourth in driving distance on the PGA Tour Champions.

He registered his first PGA Championship win at the Crooked Stick Golf Club in Carmel, Indiana in 1991. John Daly has five PGA Tour wins and two Major Championships and was once one of the longest drivers, averaging 300 yards with the ball. John Daly uses a Callaway Apex Pro iron and a Titleist Pro V1x golf ball which remains his preferred choice of the ball. Keep reading to find out the kind of clubs John Daly uses and how they have influenced his game since he turned pro in 1987.

Daly had the Vertical Groove driver as an addition to his bag at the beginning of the 2018 season. He noted that the use of Nunchuk shafts changed his game and the feel in his wedges and driver was consistent.

His participation in the 2018 Open Championship at the Carnoustie Golf Links in Angus, Scotland, was affected when tournament organizers refused his use of a buggy due to a problematic arthritic knee.

Here is a look at the equipment that was in his bag during the season:

His performance in the 2018 season was interrupted by an osteoarthritic infection in his right knee. He pulled out from the U.S. Senior Open and made the announcement through his Twitter account. John’s TaylorMade Milled Grind Wedges have tape on them. The tape is meant to improve the weight of the club and impact the swing.

John Daly’s reputation as the biggest hitter on the PGA and the unpredictable way he played the game made him famous. He is everything an amateur golfer would want to be given that he won his first tournament at the tender age of 13 when he was barely a grown man.

He has five wins, the last one being the Buick Invitational in 2004 where he won the playoff after a tie with Luke Donald. He won with a birdie on the first extra hole after Luke Donald missed a six-foot birdie putt.

John’s son, John Daly II is doing things on the circuit that make him exceptionally proud. John Dally II followed his father’s footsteps by playing collegiate golf at the University of Arkansas where his dad played between 1984-1987. This may be seen as a reflection of each other, with the younger John taking his father’s golfing path.

Below is the equipment in his bag that he used during the tour.

His clubs are furnished with SuperStroke S-Tech cord grips and have the feel of baseball bats. 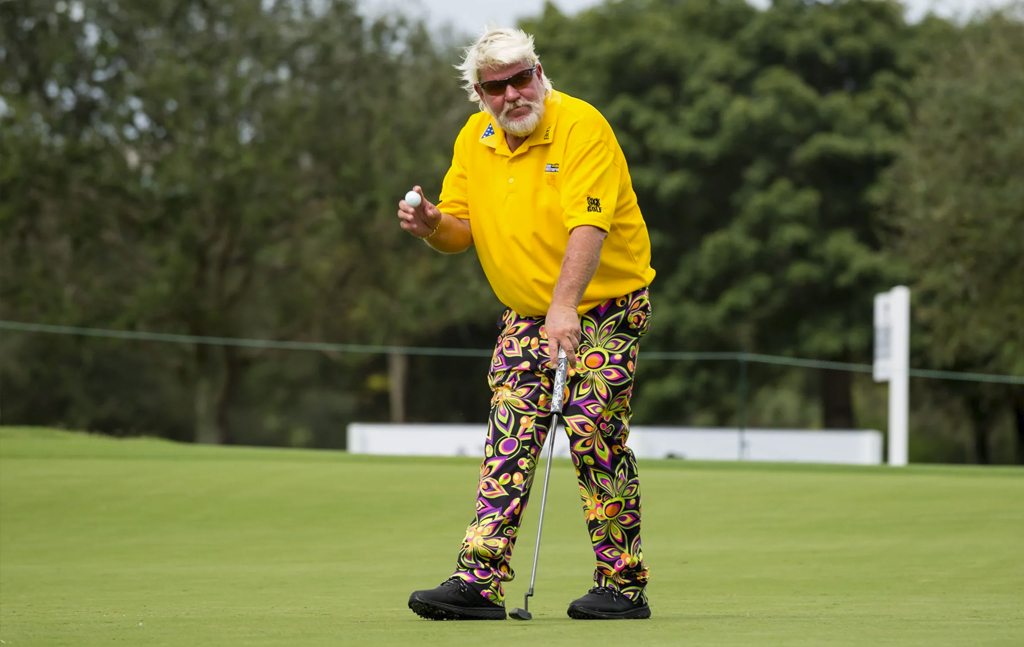 Who are John Daly’s Sponsors?

John Daly is an entrepreneur who owns a number of businesses and has a number of sponsors covering his equipment, bag, and attire.

Here is a look at the endorsements that he presently has:

The showman is expected to continue his robust game after his cancer diagnosis a couple of months ago.