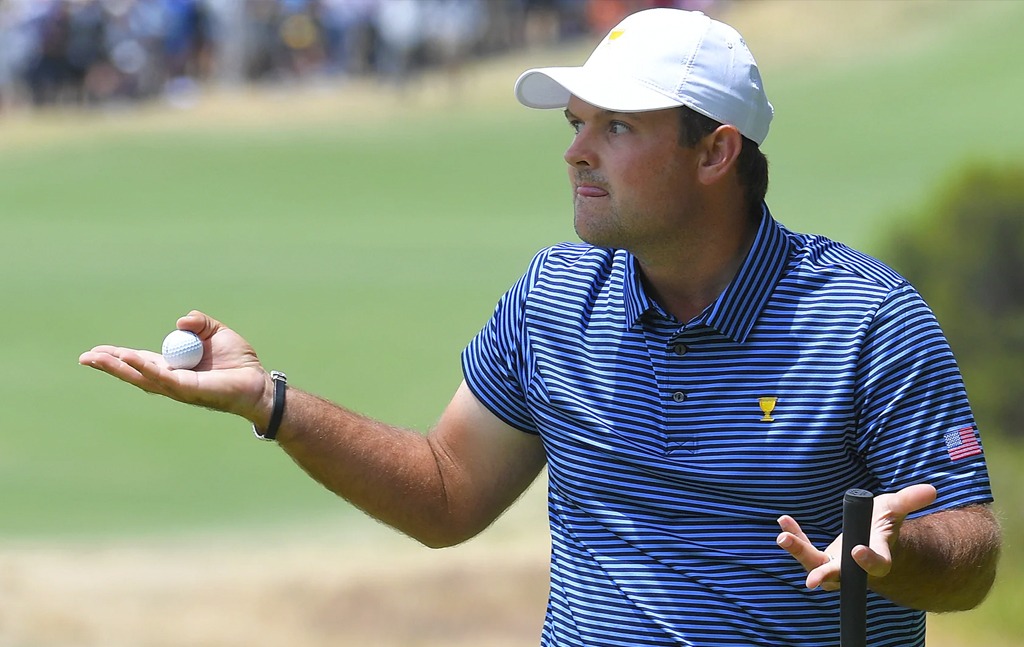 Patrick Reed what’s in the bag?

Patrick Nathaniel Reed was born on August 30th, 1990, in San Antonio, Texas, United States. He is currently a professional golfer who plays in the American PGA and the Europen Tour. He has achieved a lot in the game, including his wins during the 2018 Masters Tournament and the 2014 WGC Cadillac Championship.

Among the items in Patrick’s bag the driver Titleist TSi3, the putter Scotty Cameron and the TaylorMade SIM Fairway Wood. The loaded bag comes with custom shafts and clubs, some that have remained secret for a long time. Thanks to his golf clubs, the 2018 Masters Tournament winner has been enjoying a good time on the golf course for the 2021 season.

For more details on Patrick Reed clubs and other equipment, keep on reading:

The bag that Patrick carries is one of the most loaded in 2021. He does not rely heavily on endorsements and as a result, he is free to use most of the clubs in the market.

Below are the items in Patrick’s bag:

Reed will be using the Titleist TSi3 9 degrees for the 2021 season. The driver is paired with the Alila Rouge Silver 60 TX Shaft.

Among the clubs Patrick Reed uses, the TaylorMade SIM 3 is his favorite. The wood club is paired with the Aldila Rogue Silver 125 80 TX Shaft.

The Callaway Apex has been Reed’s favorite hybrid club. The club comes with a hybrid utility slot, which works well with the Aldila-RIP Phenom 100-X.

The Titleist T100 is the iron of choice for Reed in 2021. The Titleist T100 comes with the Groundworks Reed-Proto Blades. Further, the club is paired with a True Temper Dynamic-Gold Tour X100 Shaft.

In the wedges category, Patrick Reed has a very loaded bag, with the best club and shafts. He mainly relies on the Artisan Prototype with the Titleist Vokey SM 7. His wedges use the Gold Tour Issue Shafts.

Due to sponsorship deals, Reed has been using FootJoy Premiere shoes. He also uses the Titleist Pro V1 Ball. He wears the Titleist hat after parting ways with Nike.

What Irons Does Patrick Reed Have in His Bag? 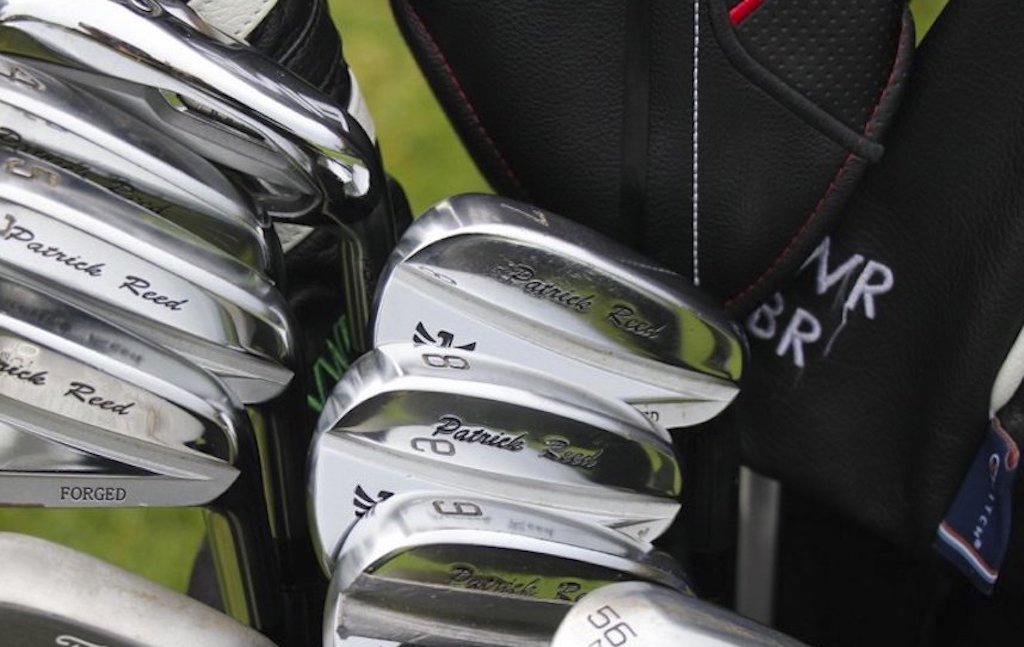 Patrick Reed has been using mysterious irons that were for a long time not known. Recently CEO of Grindworks in Japan, confirmed that his company manufactured made Patrick Reed’s Irons. Although a small company, they are among the best in club production.

Patrick has several favourite items, including the TaylorMade SIM3 Fairway Wood and the Titleist Vokey Design SM7 Wedge. He also loves having the Ping G400 Driver in his bag at all times. His favourite fairway wood is normally paired with the Aldila Rogue Silver 125 TX Shaft.

What True Temper Dynamic-Gold Iron Shafts Does Patrick Reed Use?

Reed uses different equipment set up in his games. Since he enjoys playing with the Callaway Apex hybrid, he turns to the irons for range. The True Temper Dynamic Gold-Tour Issue Shafts are Patrick’s first choice. He also uses the same shafts on Grindworks Patrick-Reed Prototype.

How Does the True Temper Dynamic-Gold Tour Wedge Shaft Work?

The Dynamic-Gold Tour Issue-X100-Shafts wedges are the best choice for the Artisan Prototype 51 that Reed uses. The Dynamic Gold tour is a lightweight shaft that offers optimum control on low penetrating balls.

Why Does Patrick Reed Wear the Titleist Hat?

Most people think that Patrick Reed wears the Titleist hat for sponsorship purposes. The hat in the bag is one of the equipment he prefers having for no reason. He does not have any equipment or apparel deal with Titleist. The only requirement is for him to use the ball Titleist Pro V1. After parting ways with Nike, he chose to wear Titleist hats.

The true temper offers several benefits to users. Due to its lightweight, the true temper was instrumental to Patrick Reed’s success at the Farmers Insurance Open.

Benefits of the True Temper Dynamic Gold Tour include:

Although Reed has been in equipment limbo for a while, the True Temper has kept him afloat. It helped him recover at the PGA Tour last year and is still key this year.

For the tour, the Titleist TS3 was very critical in offering the range. He also had the Titleist T100 irons with prototype blades in the bag. For the putter, he stuck with the Scotty Cameron Newport in the bag.

Getty images show that Patrick relies on the Gold Tour Shaft and Titleist Clubs than others. Sidebar Getty Images of Reed have shown him reusing some items while avoiding others entirely.

Does Patrick Reed Have Any New Endorsement Deals?

Several brands have been trying to get the attention of Patrick Reed in the past few years. After ending a two-year-long partnership with Nike, Patrick has been spotted wearing a Titleist hat. He now has a deal with Titleist but it only involves using the ball and not any hat contracts.

Patrick’s bag has been changing over the years. He shifted from the U500 Utility Iron to the mysterious custom-made options. His Titleist TSi3 Driver with Project X HZRDUS 3-Wood helped him win the world title in 2018. Today, there are many changes in the bag including the Supa Rat Prototype Ball.